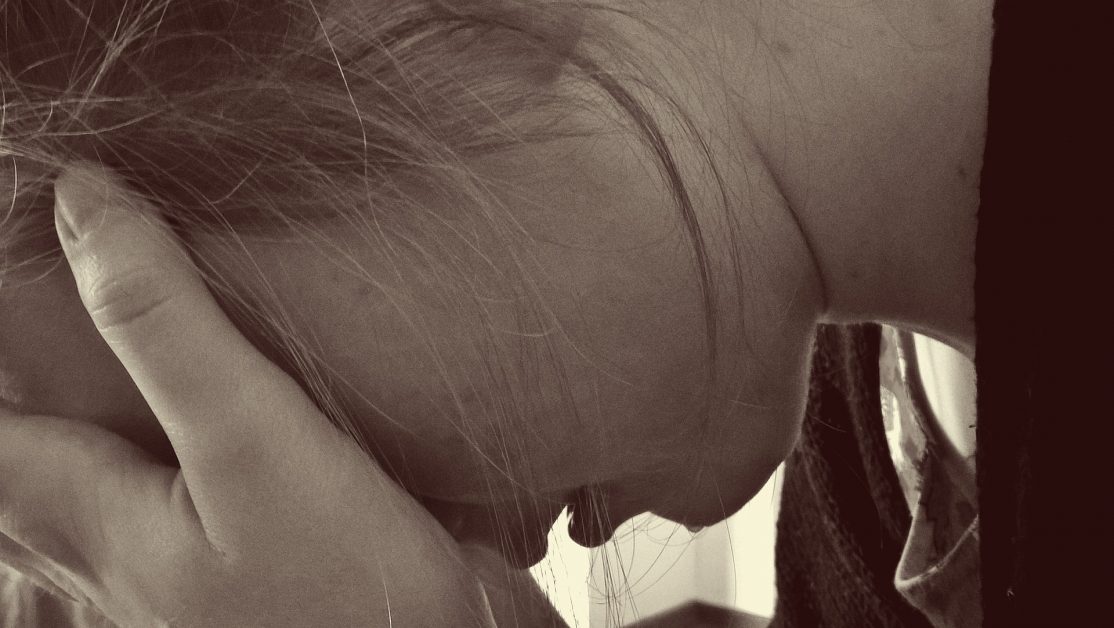 Sorry it has been awhile. We got wrapped up in a few things. This will be the last article in the anxiety series. It is something close to my heart, so I wanted to give it due diligence. The last of the aspects of anxiety to look at are GABA and serotonin. Definitely two of the most common and they are inextricably, just as the rest, connected with gut health. So as much as we want to look at GABA, serotonin, or dopamine most often these are secondary to gut health which I have talked extensively about. Leaky gut being a very important underlying issue in all of this. These neurotransmitters may need some support but the priority is treating the gut and removing any offending substances from the body. In this article, I will detail out the role of GABA and serotonin but the main focus as always will be on proper gut health.

GABA is a common supplement these days. Many take it to calm down. But there is an inherent problem in that. GABA does not cross the blood-brain barrier (BBB). If it crosses leaky brain exists. It is one of the challenges many doctors do to see if leaky brain exists. Much like leaky gut, the blood-brain barrier breaks down and allows larger particles through, essentially a breach in the fortress wall. This allows substances like GABA in, but also bacteria, certain larger proteins, and other substances that are highly inflammatory and damaging in. So the root cause of the leaky BBB must be addressed or else you will just be running in circles trying to deal with anxiety issues.

Gamma-aminobutyric acid or GABA is the chief inhibitory neurotransmitter. It has a calming, relaxing effect on the nervous system. GABA synthesis starts with the conversion of glucose into pyruvate (glycolysis) and then into acetyl CoA via pyruvate dehydrogenase pathway. Acetyl CoA then enters the citric acid cycle (yes, that pathway many of you may have memorized, it was not useless, but very important!). Alpha-ketoglutarate (a component of the CAC) is converted into glutamate. If GABA is our chief inhibitory neurotransmitter, glutamate is the chief excitatory. GABA is formed from glutamate via the enzyme glutamate decarboxylase or GAD. This enzyme as all other enzymes need certain micronutrients to function. It needs magnesium, zinc, B6, and there is possibly a need for selenium too. That is the simplified version of what GABA is and how we make it.

From this we can pull some clinical information. GABA being primarily in the brain and CNS it is impossible to measure especially as it can be be brought back into the CAC for energy production. Since GABA comes from a shunt in our energy production concerns over blood sugar regulation should be addressed such as hypoglycemia and insulin resistance. In states of low oxygen levels, mitochondrial dysfunction, or anemia GABA will be deficient as well. Mitochondrial dysfunction is very common as most inflammatory substances cause mitochondria to go into a cell danger response or CDR mode. In this state, the mitochondria are ready for a fight rather than energy production. (1) Another issue that must be addressed is the consumption of glutamate in the diet, mainly in the form of monosodium glutamate or MSG and aspartame. MSG is a very common food additive and it hides under many names. Aspartame is a common artificial sweetener. Both have the ability of being a neuroexcitotoxin or a toxin that overexcites the nervous system. This is a big problem with those who are dealing with CNS issues and anxiety.

Autoimmunity to GAD, the enyzme used to produce GABA, is another concern. This leads us away from the brain to the gut and immune system. Autoimmunity has its origins in leaky gut syndrome and exposure to certain substances. You can read more on this subject here. But suffice it to say our immune system is activated after a long period of exposure to certain substances that leads to a breakdown in the intestinal barrier that serves as a fortress wall between us and the outside world. This activation becomes chronic and cyclical leading to more and more inflammation. This inflammation leads to cross-reactivity, your body essentially starts attacking any proteins that are similar to the foreign substances. For example, it is well known in the literature that there is a cross-reaction between gluten and the thyroid. They have similar protein structures and the immune system turns on the thyroid and begins attacking it. The same takes place with the GAD enzyme specifically GAD65 which is present in GABA production. GAD65 is seen in the substantia nigra, cerebellum, and pancreas, so GAD65 autoimmunity can lead to further problems than just anxiety. (2)

Those who are deficient in GABA feel nervous or have panic attacks. They have a “knot” in their stomach. They may feel dread or excessive guilt. Restless mind and worrying is very common. It is also difficult to pay attention and they can easily get overwhelmed.

Serotonin is widely thought of with anxiety, the most common medication given are SSRI or selective serotonin reuptake inhibitors. I was on one myself along with Xanax. But again these treat the symptom not the cause. Serotonin is widely distributed within our body not just in the CNS. In fact, the vast majority of our serotonin is not made in our brain but in our gut, some say up to 90% of it. Serotonin is used in our gut for GI motility, pain modulation, vasoconstriction, and helps with cell division. In our CNS, it is use in regulating emotions, body temperature, sleep, vomiting, and appetite. It was thought that serotonin produced in the gut cannot get into the brain. It is true that it cannot cross the BBB, but there is some thought it may make its way in through our Vagus nerve, but that has not been proven yet. Serotonin production is also needed for melatonin production in our pineal gland. So if there is an issue with serotonin, there will be an issue with melatonin, hence many who suffer from serotonin deficiency deal with insomnia.

Serotonin is synthesized from the amino acid tryptophan, what we commonly think of with our turkey dinners during thanksgiving. The tiredness has less to do with tryptophan leading to melatonin production than the carb loading leading to fatigue due to blood sugar dysregulation. Just a fun fact. From tryptophan, 5-Hydroxytryptophan is formed which can cross the BBB. It is a common supplement people take, not one that I like to use as it is mainly a bandaid. From 5-HTP serotonin is produced. Serotonin is either metabolized into 5-HIAA, melatonin, or into dimethyltryptamine. Some of the main nutrients needed as cofactors in these processes are iron, B3, B6, B9, B12, zinc and magnesium. B9 and B12 are especially important due to methylation concerns. It is a common issue people struggle with today due to environmental impact on our genes. Methylation is a biochemical process used in DNA and neurotransmitter production, detoxification, and histamine, estrogen, and fat metabolism. Essentially many people have an issue making enough of methylfolate or B9. This is not the same B9 most people supplement with and it is not the B9 that is added to our foods through fortification. That is typically synthetic B9. So supplementation maybe needed in these cases.

Common symptoms of serotonin deficiency include:

Short term help with any neurotransmitter maybe warranted. This includes supplementation of micronutrient cofactors such as B9, B12, zinc, or magnesium. There are herbs that can be used that help too such as morinda, melia, ashwagandha, mucuna, and St. John’s wort. For us, the biggest thing is to address the underlying root cause which is typically chronic inflammation caused by leaky gut which leads to leaky brain. I cannot stress enough the importance of looking for and treating these underlying issues.

As you can see it is all about gut health. Brain health is dependent on gut health.

What Can You Do?

First start by changing your diet and cleaning up your environment. Whole30 reset is a great way to go, there are other variations out there of it, but that is my first recommendation. These diets are all about nutrient density and decreasing the amount of inflammatory foods. This will go a long way in improving gut health and thereby improving brain health. Your brain needs plenty of nutrients as does your gut and that includes lots of healthy fats such as lard, butter, coconut oil, avocado oil, and extra virgin olive oil. Water filtration, removing plastics, and replacing household chemicals with better cleaners and soap such as castile soap. Lastly, get evaluated. Cannot say this enough. You need to get checked out. There is only so much the diet can do. If there are any infections they need to be eradicated and any toxin must be removed. Food intolerances need to be evaluated for and removed from the diet as well. A doctor skilled in natural and medicine can quickly evaluate for this especially when trained in Applied Kinesiology. They are able to quickly root out the underlying issues quite quickly and effectively. Well I hope this answered some questions and provided some hope!